Like last week, I’ve provided a complete example of an analysis similar to what you’ll do in the problem set. It’s not identical—you’ll need to make some of your own graphs and rely on code from previous problem sets for that. Open and knit public-private-example.Rmd (or run it interactively from RStudio) to follow along.

Remember that you can run an entire chunk by clicking on the green play arrow in the top right corner of the chunk. You can also run lines of code line-by-line if you place your cursor on some R code and press “⌘ + enter” (for macOS users) or “ctrl + enter” (for Windows users).

Make sure you run each chunk sequentially. If you run a chunk in the middle of the document without running previous ones, it might not work, since previous chunks might do things that later chunks depend on.

Remember, if you’re struggling, please talk to me. Work with classmates too. Don’t suffer in silence!

For this problem set, we’ll be practicing with the regression-based approach to causal inference introduced in chapter 2 of Mastering ’Metrics. You’ll use synthetic data about a hypothetical jobs training program to see if the program has an effect on earnings/income.

The DAG you draw in question 1.1 should look something like this: 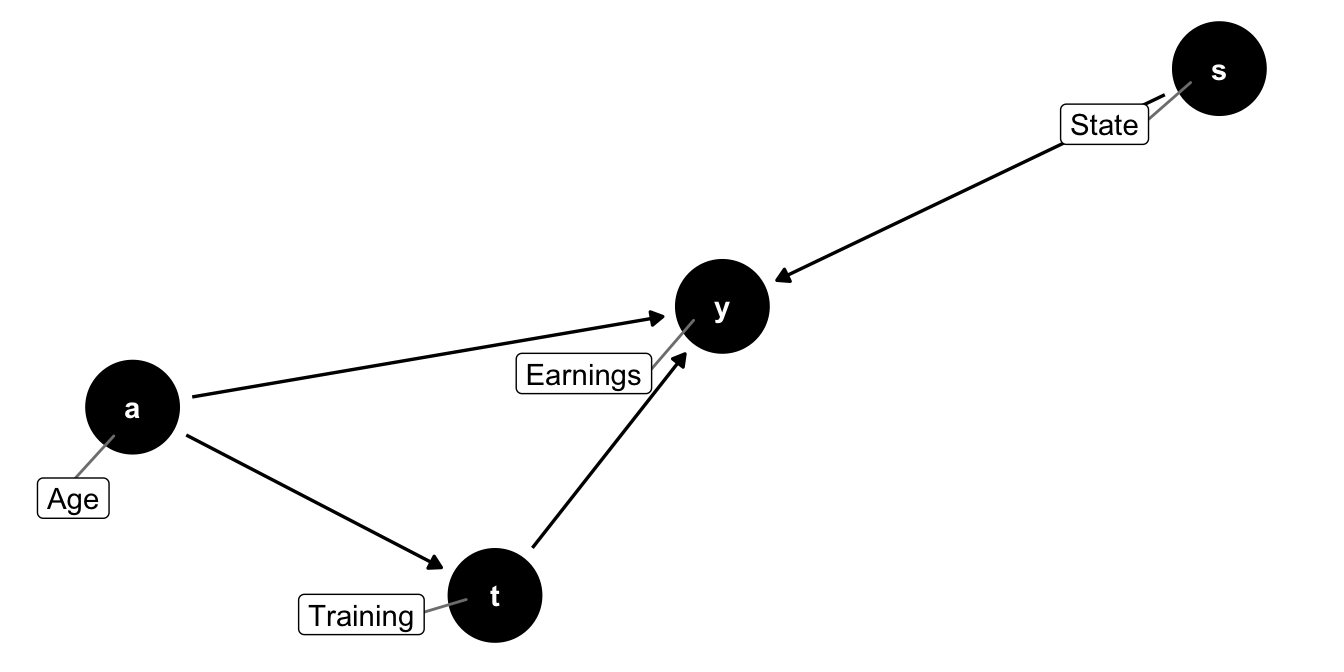